WBIR – “Whatever Kanye West does, he does it big. From the hits, to live concerts, to marriage, politics, church… and flowers? Yes, as in bouquets. No, he’s not becoming a florist, but he did give a flowers-based charity in Knoxville a sizable boost.

After a weekend in Pigeon Forge at a Christian youth conference, West said farewell to thousands of fans and just about as many flowers used on the lavish set in the church building. It was big business for Flowers of Gatlinburg, who catered the event. But rather than throw all the still-fresh bouquets in the trash, the florist got on the phone with a charity in Knoxville: Random Acts of Flowers.” 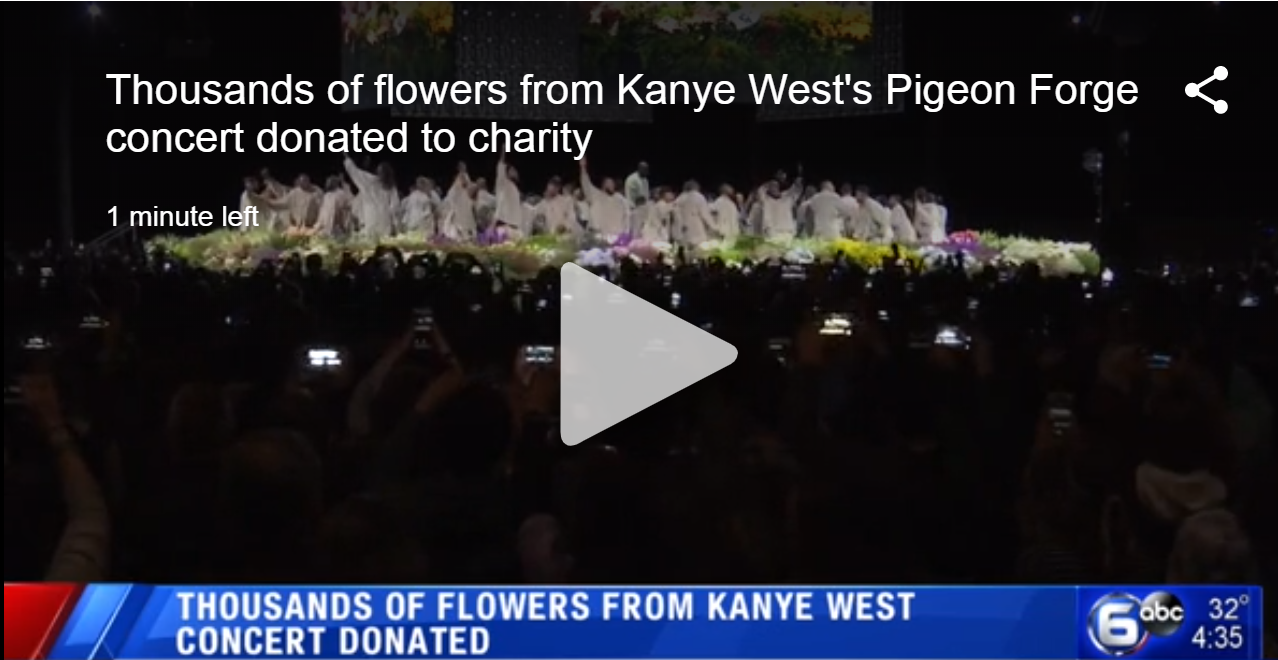 WATE – Kanye West’s visit to East Tennessee is leaving behind a lasting impact in more ways than one. West performed for thousands at the LeConte Center in Pigeon Forge on Sunday as part of the “Strength to Stand” conference. Along with music and a celebration of faith, the event featured a stage decorated with 38,000 flowers. Many of those flowers have now been given a second life after they were donated to Random Acts of Flowers. The non-profit works to deliver flowers to people in health care facilities to brighten their days.

WVLT – “A Knoxville resident received a bouquet. Lori Brooks, spent the night at Parkwest Medical Center in West Knoxville, after getting a knee replacement.

“This lady comes in and says. These are for you. I’m like who ordered me flowers? She said this is Random Acts of Flowers. And we do this, give them to random people. And I’m like that is so nice because it brightened the whole room,” explained Brooks.

Make your tax-deductible gift today and together we can nurture a culture of care and compassion in our communities one recycled bouquet at a time!